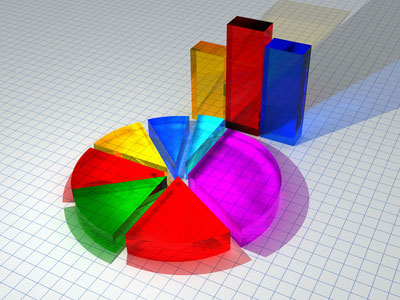 Every once in a while, I fall down a statistical rabbit hole. And today was one of those days.

I had another agent who was trying to figure out how to explain to their client about why the low offer they wanted to submit was not really a good use of anyone’s time. As a buyer’s agent, I am always wanting to get the best deal I can for my clients…and will negotiate my tuckus off to do the best I can for them.

So today I ran some actual statistical probabilities on what the chances are a low offer will be accepted. Using mean, standard deviation, T-tables and the internets….this was my conclusion.  Of course this can change as the market changes…so this is for Josephine County for July of 2018. Sample size of 119 sales…so significant.

Sellers mindset in our market is they have to decide to lower the price, they don’t accept low offers.

So deeper down the hole.  Here are the probabilities.

So when looking to make an offer anywhere below 90% of asking price, the odds are so long!!!!!

As I council my clients….I want them to know that it isn’t me who wants them to pay more for the house. The best deal I can get them is what I want. But when I say an offer is too low to be considered, I now have some statistical background and facts to back that up.

Thanks for falling down my rabbit hole if you got this far.

Used to be that when one couldn’t afford Ashland, that they went to Talent…so they were close to Ashland. While it is cheaper, it is hard to find a house there. And anymore, it just isn’t that much cheaper.

My interpretation of those number is a market that is rapidly appreciating. Or that sellers are feeling the market is hot, and testing the prices.  When you have a day on market of less than one month, and only 2 months worth of housing stock available, it is the logical conclusion to see what the market will really bear.

Those ratios show a market that is short on listings.

Of the 13 houses on the market, over half of them have been on less than a month. So it is a little early to tell if the sellers will be getting their increased asking prices or not.

This is just one of the many micro-economic areas in the Rogue Valley.

I specialize in analyzing property values.

So right now if you are looking to sell a home, if it is priced right we should be able to sell it pretty quickly for a fair market price.

Anywhere in Jackson County, send me your address and I will get back to you and help you determine the value of your home.

By Sophia and Adam Bogle

I was walking in Lithia Park one beautiful summer day when I came across about a dozen kids all holding fiddles! They were (mostly) paying attention to a grown up with another fiddle who was obviously giving them a lesson. Then they all lifted their bows together and began to play a song! Ok, it would have made a better story maybe if they had played something amazing and perfect, but no, it wasn’t perfect. However, it was lively and joyful and the kids were obviously having a good time. I spent a long moment wishing I were ten years old again so I could be a part of that class. Apparently I had come across the Creekside Strings Summer Fiddle Camp.

Actually, I only found out what it was called after I sat down with the Director of Modern Roots Foundation (MRF), Dee Fretwell. Dee lives up in the Green Springs and we met at the GreenSprings Inn over a fantastic breakfast. I was there to find out more about MRF and Dee had all the answers for me including one I did not expect. When I first heard about this charity I thought that since there was music being taught that there must be some sort of recital fundraiser to attend, so I was actually a bit shocked when she said there are no recitals required of them. She explained that while performing is definitely a part of musicianship, that they didn’t want to put pressure on the kids to focus on that. They want the kids to just have their own relationship with the music. Wow. That just speaks to the heart of why this is such an important and honorable program. I found this great quote by Dee on the MRF Website:

“One of the most magical things I’ve ever seen is the sparkle in children’s eyes when they realize they’ve just made music. You see, music explains what words cannot, and children need to be heard.”

So you see, MRF is serving a bigger purpose than just making sure there are enough banjo players in the world. They are gifting children with the ability to make their own magic for themselves.

The camp I ran into is just one part of the services offered by the Modern Roots Foundation (MRF). They also offer workshops and private lessons for a number of instruments including banjo, acoustic guitar (electric upon request), upright bass (electric upon request), ukulele, mandolin and of course, the violin/fiddle (These are the same instrument in case you were wondering… I know I was wondering.) They have instructors in Ashland, Talent, Phoenix and Medford so far. Here is a list of their workshops and camps:

The name Modern Roots is based on the musical genre called American Roots. The music includes several genres we are all familiar with: folk, country, bluegrass, the blues and others. Basically, we are not talking classical music here. The word Modern in their title makes it clear that this is not about being stuck in the past though. Fresh music!

Every year MRF offers a limited number of scholarships for kids  ages 8 -18 who have the desire to play a musical instrument but would otherwise not have the opportunity to take music lessons. MRF is dedicated to helping kids have access to musical instruments and instruction, regardless of their family’s economic status. They started in 2013 and serve all of Southern Oregon helping kids to rent instruments, take lessons and attend music camps.

One of the fun things about MRF is that while you can donate in all the usual ways, like one time donations or sponsoring a child’s tuition, you can also donate a used musical instrument which will help fund the music scholarships! For more information go to ModernRootsFoundation.org or e-mail: info@modernrootsfoundation.org.

While we are on the subject of resolutions, if you are resolved (see what I did there?) to make your home a more green and sustainable one, there’s no better time to incorporate energy-saving measures than during the cold months. Here are five simple things you can do to make your house more efficient…

#1 Install a Programmable Thermostat
The advice is usually to turn down the temperature during the winter, but wouldn’t it be nice to wake up to a warm house?

Programmable thermostats let you pre-set temperatures and schedule when the furnace goes on and off. If you use them correctly you could see up to $180 in savings each year.  More sophisticated devices like the Nest learn your daily routine an automatically adjust temperatures based on your habits. We got a NEST at our house a couple of years ago. I like it, even though it turns the heat on about 30 minutes too early in the morning for me. It wants the house to be of a comfortable temperature for when I get out of bed, but makes the room too warm to sleep in.  Maybe some day I’ll figure out how to fix that.
#2 Install Ceiling Fans
Fans move cool and hot air around your living space, allowing you to turn the temperature down in winter and raise it during summer. During the wintertime, you can reverse the fan’s direction to clockwise to keep the warm air moving down. Plus you can hang your clothes on them for a winter air dry. (Okay…that was a joke)

#3 Eliminate Air Leaks
Use a door draft stopper and caulk and weatherstrip doors and windows to cut down on the cold air coming in.  I actually have the worst door ever for this. I’ve got to get someone out to fix it. We took the weatherstripping off when we had our house painted. However, the weatherstrip was installed wrong because the door jam need to be completely re-done. I just talked to a contractor today get him on the schedule to come fix that.

#4 Use Power Strips
Did you know that many of your appliances use electricity whether they are on or not?Standby power is electricity that’s being used by things like TVs, computers, appliances, and phone chargers, even when the devices are in stand-by mode or even off.

Plug electronics, chargers, and appliances into power strips and switch them off when you’re not using the devices. You could save up to $200 per year! Or you can buy outlets with a remote control that allows you to turn the whole outlet off.

#5 Change Your HVAC Filter
If you change your filters monthly, you may lower your energy bills by 5 to 15 percent. Plus stop that annoying wheezing sound they make when they get dirty.

Simply put, dirty, clogged filters make the HVAC system work harder.
The savings can be substantial if you keep your filters clean as the average household spends approximately $2,200 on heating and cooling costs every year. Getting the HVAC system regular yearly maintenance is also beneficial.

I wish I had more time to write more of these Thought Leader blog posts for other sites. I find them fun to do. But don’t always have time to do them. This article was for a company that provides online continuing education for Realtors® across the country. While I take almost all of my continuing education in person, companies like PDH are a valuable asset to Realtors who prefer to take some or all of their continuing education classes online.

Here is a link to the article I wrote for them.

I was just thinking about how easy it is to

A: Not go to the gym

B: Not write on my blog

And the similarities are kinda amusing me. Let’s say the holidays come. It’s cold outside, lots of people are having parties, there is good food, plenty to drink. You go to a party and decide that I just don’t want to go to the gym today. Then you skip 2 days. Pretty soon you tell yourself that it would be silly to go to the gym, when I know I can’t make it next week…so why bother til I can get back into my routine.

3 months later…15 pounds later….you go to the gym. But you can’t make up for 3 months of skipping, except by one hour at a time…one day at a time.

Now blogging. Same thing, different season. The weather starts to get nice, you’re going to the gym. And you go a week without writing a blog post. Then 2

3 months later….lost momentum, etc….you write a new blog post. But you can’t make up for 3 months of skipping, except by one post at a time, one day at a time.

Now I have given up promising to do anything but try to be better…do what I know I should do, exercise, blog,  meet people, etc…but at least I can be amused by my short comings….right?

Here’s to all you procrastinators out there!

The best place for information on Ashland Oregon Real Estate is still www.AgentInAKilt.com

Comments and questions are welcome!
Scroll to top